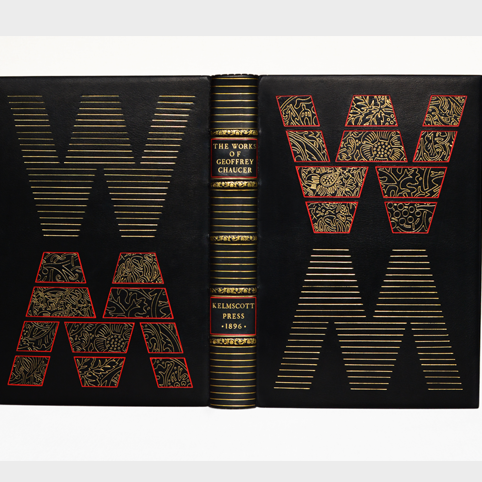 For those of you who have not been to a presentation, lecture or class with Dominic Riley, you don’t know what you’re missing. He is an outstandingly entertaining, knowleagable bookbinder and teacher. For those of you who have had the pleasure of learning whilst being entertained by Dominic I think you will enjoy this little bit of background information from him. Dominic will be presenting at the Bind19  Australian Bookbinding Conference this year and will be teaching in Sydney and in Canberra as well. You can read Dominic’s bio here. In Canberra Dominic will teach leather paring and knife sharpening, essential bookbinding skills. In Sydney you can finally learn the secrets to the traditional account binding Spring Back book, this is a five day class and will definitely be a lot of fun. Read on for a little insite into Dominics bookbinding career.

When did you start bookbinding?

At school, age 16, with the Benedictine Monks at Douai Abbey in Berkshire. It was a punishment, because I refused to play Rugby. I came out of this time with a few rudimentary skills and an unbroken nose.

What training have you had?

I had a couple of summers with legendary bookbinder Paul Delrue in my home town of Chester. Paul is a genius. Naturally gifted, a superb artist, and a teacher who doesn’t teach. He sent me off to the London College of Printing, that great trade school, to study with John Vivien, who Paul was apprenticed to in the 1960s. He retired the year I graduated, 1990, so between us we bookended Mr Vivien’s career. That’s when I moved to New York, seeking adventure, and then San Francisco, where I keep my heart.

Where are you working now?

After twelve years in San Francisco, I moved to the Lake District in 2001, where I have had a wonderful bindery with Michael Burke, during which time we have really expanded our teaching. We are about to move a bit further south, to Cheshire, where will build our new school.

What is the best & worst job you have worked on?

The actual worst I cannot tell you about (unless you buy me a drink at the bar). The official worst was an 1803 German bible that was hit by shrapnel in the First World War in Berlin (the book saved the owner’s life). I took on the job in the first year I started in self-employment, and confidently assured the client that all the hundred or so holes and tears in the pages could be filled and mended. After five years, and much thinking, I realised this was simply not possible. It took another year to contact the client and suggest that it would be best if I repaired the cover instead and left the damaged pages as a testament to the history of the damaged book. The right solution of course. In the end, it was a bit of a triumph.

The best was the Wizard of Oz, a commission completed in 2009 for a collector in the US. I had free reign over the design, an open budget, and was encouraged to throw everything at it. It was a joyous book to work on, and if you look closely you can see Dorothy and Toto, the Witch and the Lion hiding in the trees.

What aspect of bookbinding do you think you do best?

Teaching. I think I was born to teach. I love sharing and explaining, especially to those new to the craft. As my dear friend and mentor, Bernard Middleton once said, beginners ask the best questions.

Who is or was the bookbinder you admire most?

The one I didn’t meet: TJ Cobden Sanderson. He took up bookbinding at 40 and became the best craftsman of his generation. He was dedicated, driven, and a feminist. Without him, none of us would be here today.

The one I did meet: David Sellars: he had a tough start in life but became a great artist. He lived for art and the book, and travelled everywhere to teach. If he hadn’t died so young, I have no doubt he’d be here now at the Sydney Conference, sharing his genius with us.

What book are you most proud of? (and could you include a picture for us to show in this blog?)

It has to be the Kelmscott Chaucer. This book came to me in 2012 from a collector in California. I was delighted to receive the commission, as this book was hailed as the greatest printed work of the Victorian age. The client wanted the binding, when finished, to be ‘something that William Morris would be proud of and Bernard Middleton would be pleased with’. He also wanted the design to be both contemporary and traditional: hence my very large ‘W’ and ‘M’ motifs are depicted in a floral pattern (drawn from Morris’s ornaments) and straight lines)drawn with my adapted tool). The binding now lives in the V&A, an institution close to Morris’s heart

Thank you Dominic, we can’t wait until October!